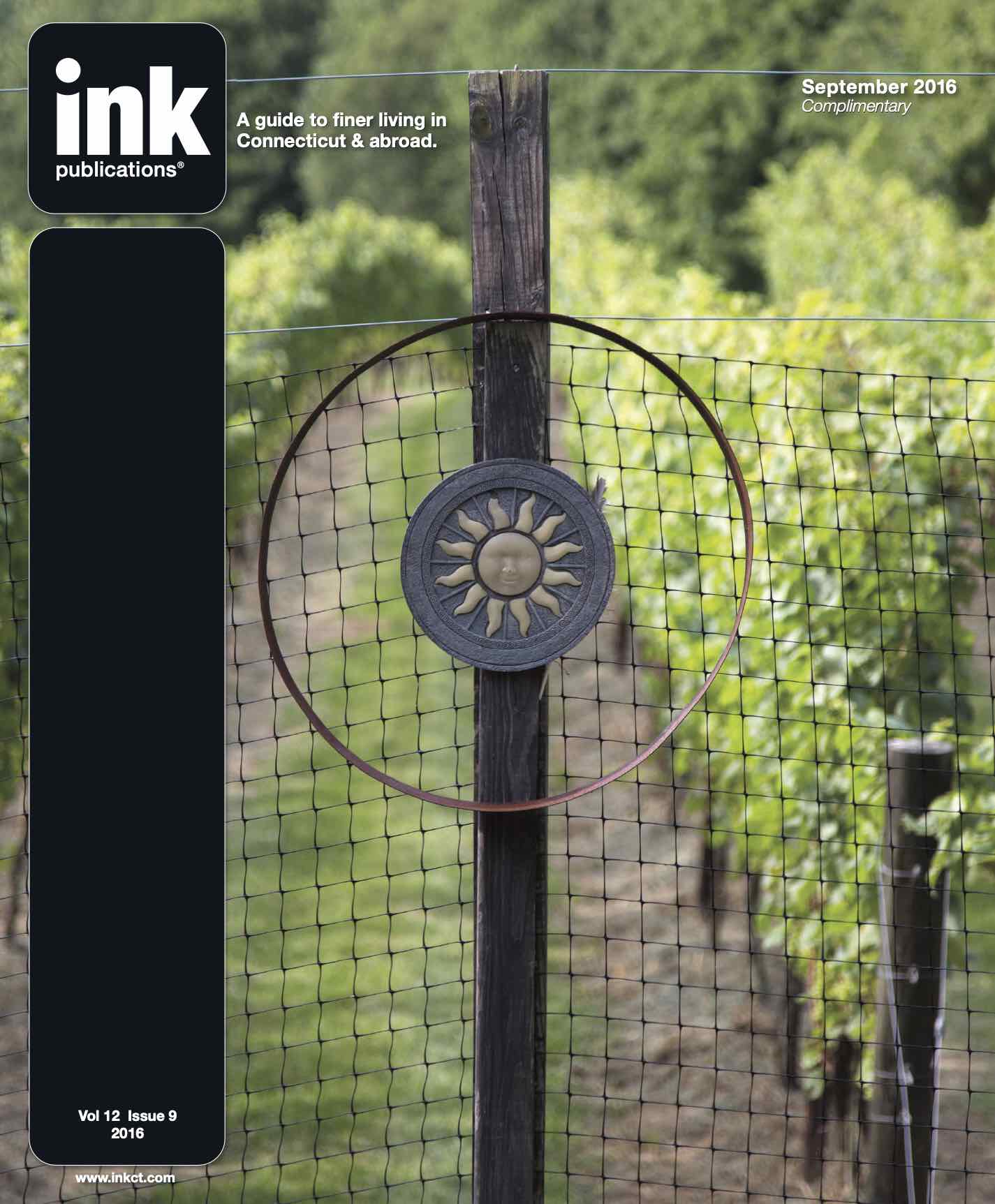 For 10,000 years the nomadic peoples of Mongolia lived in relative harmony with their surroundings, forging a subsistence living from herding sheep, horses, goats, yaks, and camels on the rich grasslands of the Central Asia Steppes. That balance is at risk and a non-profit founded by Bruce Elfström is working to help restore it.  The Mongolian Bankhar Dog Project is one of a number of environmental missions that have spun out of his company Overland Experts.

OEX, as they are known, has a worldwide reputation for 4x4 off-road mobility training. At their purpose-built training grounds in Connecticut, North Carolina, Virginia, and California they teach the art and the science of off-road driving to recreational drivers and America’s Finest including Navy SEALs and Army Rangers as well as leading utility, geo-exploration, and film logistics companies. Their World Wide Mobility Team trains global military Special Operation Forces, humanitarian relief agencies, alternative energy companies, and other NGOs on location.

They also run overseas guided self-drive adventure trips to places as far-flung as Newfoundland and Tanzania, Bolivia, and Iceland.  It was during one of these trips to Mongolia in 1998 that Bruce and his colleagues came across an environmental and humanitarian issue that would capture his heart and that of his daughters Petra and Oaklea who now work for the project while also studying for their bachelor’s degrees in Archaeology and Environmental Science at Hamilton and Bates colleges.

One evening the group of travelers stayed as guests of a nomadic family in one of their Gers; the large round tents known outside of Mongolia by their Turkish name “yurt”.  That night the family and their extended family in the valley lost seventeen colts to wolves; young horses that, when sold, would have contributed significantly to the family’s annual income.

Bruce, a biologist by degree, started to study the issue, feeling certain there was something that could be done to help these families retain their traditional lifestyle. Bruce and his team of young, field hardened workers formed a 501 c3 Non-Profit called the Mongolian Bankhar Dog Project [MBDP] whose mission is to help slow down and reverse the desertification of the Mongolian Grassland Steppes, and to preserve and protect traditional Mongolian culture.

In fulfilling that mission, Bruce and his team aim to do more than protect the nomadic lifestyle.  Lethal predator control (shooting, trapping and poison) and retribution killings are major threats to the apex predator populations in Mongolia including endangered species such as snow leopards, wolves, Gobi bears, foxes, and eagles.  The use of Livestock Guardians has already been shown to reduce predation on domestic livestock by 80-100%, eliminating the need for indiscriminate and retribution killings as predators revert to targeting natural prey species, instead of domestic ones.

On closer study and through conversations with the nomads, Bruce found that while a traditional nomadic culture was still followed one important tool had become exceedingly rare.  During the Communist era between 1924 and 1990, when Mongolia was a satellite state of the Soviet Union, herders were forced into state-owned collectives. Families lost their traditional grazing lands and with them Mongolia’s traditional Livestock Guardians – the Bankhar Dog.

By 1960, the majority of livestock and cultivated land had been collectivized. In the late eighties, with the collapse of the Soviet Union and the withdrawal of military forces, Mongolia adopted a free market economy.  Almost overnight, herders in each collective divided up the animals and returned to living as nomads. Over the generations, some practical knowledge was lost, and a new danger to the herders’ livelihoods was appearing in the form of global climate change.

Increased winds, longer, colder winters, and later springs lead to less developed grasses. Shorter drier summers with higher temperatures lead to increased evaporation.  Rain still comes to the Steppe, but it is now in the form of more frequent stronger but shorter rainstorms that lead to increased erosion, as the less-developed grass is unable to withstand the fast run-off from these intensive downpours.  These are the mechanics of desertification and one of the greatest threats to the traditional Mongolian way of life and to the wellbeing of Mongolia’s threatened wildlife species.  It leads to more limited and less nutritious grazing areas; needed by both the natural and the human communities of Mongolia. With bitterly cold winters known as Dzuds, and the ever-present risk of predation, herders find themselves in an environmental and humanitarian “doom loop”.   They are forced to protect their incomes with larger herds and to seek larger areas of upland pasture, taking their herds closer to the hunting grounds of Apex predator populations.

Traditionally herders kept five species of livestock, each of which is able to survive differing weather or grass conditions.  Over the last 30 years, Cashmere wool demand has increased dramatically.  Cashmere wool buyers work in only a few locations and that forces herders to stay near to these areas and keep larger goatherds in order to capitalize on the ups and downs of the Cashmere wool market.

The result was a perfect storm – climate change, overgrazing, mono-species husbandry, and large herd size increased the speed of desertification.

MBDP researches, breeds, and trains Mongolian Bankhar livestock protection dogs and places those working dogs in homes of nomadic herding families, where they perform their traditional role of mediating between herders and predators; protecting livestock and at the same time, reducing the need for retribution and large scale killings of the endangered apex predator species.  By removing the threat of depredation, it is hoped that herders will be able to practice sustainable grazing and decrease their part in desertification.

Back in Connecticut, OEX Director of Training Erik Eisensmith and his team prepare recreational drivers for what they might find as they travel the unbeaten tracks of Mongolia.  This is a land of many contrasts: rivers and mountains, deserts, and flaming red cliffs, the urban chaos of Ulaanbaatar, and the barren landscape of the Gobi.  Running these trips serves several purposes. The profits of the trips go to the MBDP and, as they travel across Mongolia, drivers and passengers work with the MDBP research team to place puppies with herding families and collect data on the growth and behavior of the already placed dogs.   They collect research on livestock losses, predator sightings, and predation patterns, and they also administer basic veterinary care such as de-worming.  The research data is shared with other important groups such as the Institute for Canine Biology, the Wildlife Conservation Society, and the Snow Leopard Trust.  Importantly it also allows the MBDP team on the ground and Stateside, to share their work with the world through the eyes, cameras, and publications of their clients and fellow travelers such as self-confessed “Modern US Nomad” JoMarie Fecci.

Fecci and her longtime friend Isabelle Nikolic came to Connecticut in 2014 to train for the grueling Rally Aicha des Gazelles.  This is a unique event that brings women between the ages of 18 and 65 from more than 30 different countries together in the Moroccan desert for a new type of automobile competition.  As they say “no speed, no GPS, just old-fashioned navigation using compass and map. Oh – and completely off-road.

“Their instructors are among the most knowledgeable and experienced individuals I have had the pleasure of training with. In addition … to several challenging training facilities, their attention to detail and dedication to safety and environmental stewardship sets them apart from the others,” says Army Ranger Drew Dumas.  Like others, Dumas, Nikolic, and Fecci have returned to OEX on several occasions to refine and enhance their skills and to prepare for their next tour of duty or driving adventure.  Take one look at the reviews and you will find a string of superlatives – but the team does not look for plaudits.  Erik joined the team in 2010. With many years of high speed, track experience, a background in mechanical design and engineering, and extensive world travel, all of which meant he was the perfect fit for the team.  His goal, whether training recreational drivers or the best of America’s military, is to help his clients “drive well … go further” [and get home safely!]  Visit their training grounds and you won’t find any powerpoint presentations; just real-world knowledge from simple, to exceedingly complex, taught hands-on.

That training starts young; Fecci and Nikolic had better watch their backs as a new generation train on father’s day, with Ted Dinwiddie at the Virginia training ground. They don’t yet know whether their training will take them into a career in the special operation forces, auto-orienteering across the Sahara, navigating the glaciers of Iceland, or driving their jeep across a rope bridge in Bolivia.  Maybe, they will go on to help save Snow Leopards and the Bankhar Dog in Mongolia?

If you would like to donate to the MBDP please visit their website Http://www.bankhar.org.  All donations are fully tax-deductible and gratefully received.